The Brothers that just do Gutters Comes To Charlotte, North Carolina!

Being a South Charlotte, North Carolina gutter installer means being local and focused. NC The Brothers that just do Gutters is now open for business and owned and operated by local resident, Peter Awando.

Peter previously worked for The Brothers that just do Gutters NY division for about 10 years. During this time, he grew to play a vital role in the management of daily field operations. In addition to his years of experience in field operations, he also has a Masters MBA in Business Management. His management-level trades experience within The Brothers Gutters system, mixed with his high-level business management education makes him the ideal Brothers Gutters business owner, and a great addition to the pool of NC residential service contractors.

Peter held other positions outside of working for NY Brothers Gutters over the course of 10-15 years but after entertaining some other positions in outside companies, Peter “felt that The Brothers was just the best place for him to be, and the best place to realize his goals as a person and his visions for being an entrepreneur.” 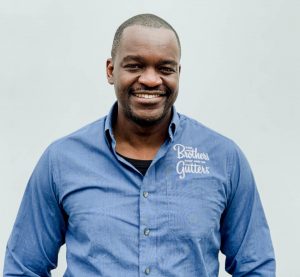 Being within the system as a gutter installer, and personally knowing some of our other franchisees, Peter has been able to see first-hand how successful the business model can be. “I’ve seen the system work, and I’ve seen others be successful using it,” said Peter, “Because of this, there is no other logical choice for me other than to become A Brother that just does Gutters – It’s like a no-brainer or just-do-it checkmark.”

Being on the ‘other side of the business’ has furthermore allowed Peter to see personally how the systematic approach to field training not only works, but is beneficial to both parties. “When I was a young guy working within the system I remember being told to read books, which I always enjoyed anyway,” he said, “But I realized that even the books they would have us read were channeled towards developing ourselves, not only within the industry, but even outside.” Peter acknowledged that this personal investment helped him to grow as a person and helped him to realize his goals of business ownership. “One of the reasons why I believe people fail, is because they don’t invest in themselves, but The Brothers actually force you to do that,” said Peter.

He loves the fact that The Brothers that just do Gutters business model is structured heavily around the idea of putting the customer first, and because of this, he feels confident that his customers in North Carolina will benefit from him opening his own franchise. “They always put the customer first, not only to have a customer who pays, but a customer who is a raving fan,” said Peter.

Peter was a part of some of the crucial building years of the franchise system during his 10 years of working as a gutter installer in NY. Seeing this growth and investment made by the Franchisors and their team, helped Peter to really appreciate the potential associated with really buying in. “They’ve built something that, to me, has no limits; it’s only going up,” he said, “So, I felt like, ‘I don’t want to miss out on this’ and that’s why this was the right time for me.”

One of the most important things about implementing a franchise system in a new local community successfully, is making sure to really follow the systems as it’s been laid out. Peter not only understands this, but is excited about not having to reinvent the wheel. “I am going to take the system that I’ve learned and follow it step by step,” Peter said, “I don’t have to invent the wheel or reinvent the wheel. I’ve seen the system work – so why stray from it or create my own?”

Peter is married to his wife Linda, and they have 3 children together. As a family, they love to engage in outdoor activities, and look forward to being active in their local community as a family, and as a small local business.

You can find comfort in the fact that when your hire The Brothers that just do Gutters in South Charlotte, NC you are hiring a local-family-owned business with 10+ years of experience, not only in the industry, but within The Brothers Gutters business system! We are your Charlotte North Carolina Gutter Installer now servicing local South Charlotte areas including but not limited to, Park Crossing, Cameron Wood, Matthews, Indian Trail, and Pineville.