The Brothers Are Going National! 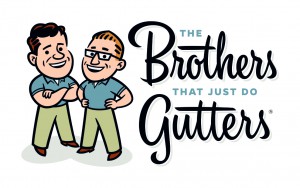 If I told you that the recipe for an award winning national gutter company was a school teacher and an out of work graphic designer you’d probably laugh in my face. Well that’s exactly how The Brothers That Just Do Gutters started, but to get the whole story we’re going to have to go back a little farther.

Ken was pursuing his degree in teaching when he was first offered a job in the gutter industry, which he declined. During summer break Ken decided to accept the gutter job in order to earn some extra money before school started, but when it came time to go back to school Ken, literally, threw his degree in the gutter and committed to the gutter profession. In 1999 he started his own gutter business, Waterfall Seamless Gutters. 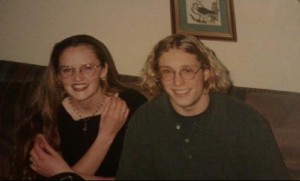 Around the same time Ryan was working for an internet startup company as a graphic designer. The company was trying to grow and was on the cusp of success but couldn’t quite make it there. As a result Ryan went 2-3 months without a paycheck. Around that time Ken offered Ryan a job at Waterfall, in a similar fashion that Ken was offered his first gutter job. At first Ryan said no; as a graphic designer gutter work didn’t seem very glamorous. Shortly after Ryan realized if he wanted to accomplish his goals, one of which was propose to his girlfriend (now wife) Jessica, he needed a paycheck so he left the company and accepted Ken’s job offer, just until he got back on his feet.

Ryan’s knack for business and skills in Graphic Design caused Ken to make him a partner in no time. They came up with a great system for installing gutters and running a gutter business that got them out of the field and into the office. They unintentionally created the beginnings of a franchise model years before the thought even entered their minds. 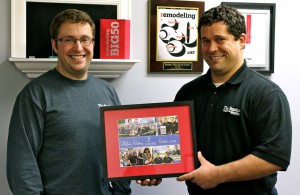 In 2008 they adopted the tag line “The Brothers That Just Do Gutters” and everyone loved it; in fact they loved it so much that just two years later they made it their company name. I think it has a nice ring to it, even if it is grammatically incorrect. Along with the change to the name of the business, Ryan, Ken and their salesmen all got some name changes as well. They decided to become Solutionists©, which better represented what they do for their clients. When you get an estimate from the Brothers, it’s not a salesman making a pitch, it’s a Solutionist© helping you solve a problem; which is the overall goal. 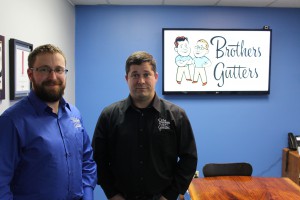 As of December 2014 The Brothers That Just Do Gutters is officially a franchise! The Brothers have spent the past eight years tweaking their business model to what it is today. Their success comes from the environment of learning they’ve embedded into the company culture. Our installers are required to read certain books and present book reports in order to qualify for a promotion to the next level of our Skills Ladder. At the office there are countless meetings with everyone from the call center to the marketing department to make sure everyone is on the same page and the Brothers are always providing the latest training and equipment for all their employees. All of this stems from their “Onliness Statement”; “The Brothers That Just Do Gutters is the only gutter franchise investing in employees to ensure a positive experience for educated property owners in neighborhoods and communities that take care of their properties in an era of unpredictable weather.”

The Brothers have never been more confident in their business model and are eager to find someone with the same passion and hunger as them and officially make them a “Gutter Brother”. For more information on the Brothers click here to go to our website.